"For twenty-three years of national and international leadership in the design, testing, validation, and dissemination of research-based introductory physics curricula, computer tools and apparatus that engage students in active learning based on the observation and analysis of real phenomena." 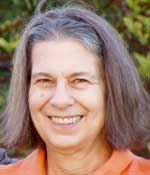 Priscilla Laws
Priscilla Laws received a B.A. from Reed College (1961) and a Ph.D. from Bryn Mawr College (1966) in nuclear theory. She joined the faculty at Dickinson College in 1965 and began research on the health effects of radiation. This led to the publication of two consumer books on medical and dental x-rays.

Since 1986, she has dedicated herself to the development of physics education research-based curricular materials to enhance student learning in introductory physics courses. She has co-authored educational computer software and a series of books published by John Wiley & Sons as part of the Activity-Based Physics Suite including: the Workshop Physics Activity Guide; The RealTime Physics Laboratory Modules; and a calculus-based introductory physics text entitled Understanding Physics (with Karen Cummings, Edward F. Redish & Patrick J. Cooney).

Dr. Laws is currently a Research Professor of Physics at Dickinson College where she is promoting active learning through on the development of curricular materials and professional development workshops for physics instructors in the United States. In addition Dr. Laws is also working on ways that physics education can be used to enhance sustainable development in Africa, Asia and Latin America. 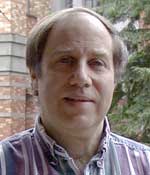 David Sokoloff is Professor of Physics at the University of Oregon. He earned his BA in Physics at Queens College of the City University of New York in 1966, and his Ph.D. in AMO Physics at the Massachusetts Institute of Technology in 1972 under Ali Javan. For over two decades, he has studied students' conceptual understandings, and developed active learning approaches (with NSF and FIPSE support) including the four modules of RealTime Physics: Active Learning Laboratories (RTP) and Interactive Lecture Demonstrations (ILDs) (both developed with Ronald Thornton and Priscilla Laws, and published by Wiley). He has conducted numerous international, national and local institutes and workshops to disseminate these active learning approaches. Since 1999, he has been part of a UNESCO team presenting active learning workshops in developing countries, such as Active Learning in Optics and Photonics. He is the editor of the Training Manual for the ALOP workshop that has now been presented in Ghana, Tunisia, Morocco, India, Tanzania, Brazil, Mexico, Zambia, Cameroon and Colombia. The American Association of Physics Teachers awarded him the 2007 Robert A. Millikan Award for notable and creative contributions to the teaching of physics. He was elected AAPT Vice President, and will assume the role of President in 2011. 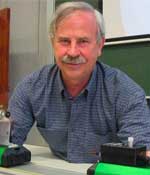