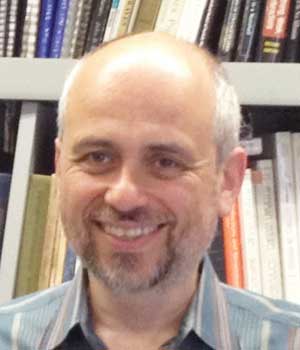 
Dmitry Budker obtained a Diploma with Honors in 1985 from the Novosibirsk State University in Russia and Ph.D. from the University of California, Berkeley in 1993. For his doctoral dissertation he received the 1994 American Physical Society Award for Outstanding Doctoral Thesis Research in Atomic, Molecular, or Optical Physics. Budker’s scientific interests include tests of fundamental symmetries, investigation of dark matter, sensitive magnetometry based on atomic vapors and color centers in diamond, and zero- to ultralow-field nuclear magnetic resonance. He is a Fellow of the APS, an ex-chair (2014-15) of the APS Group on Precision Measurement and Fundamental Constants. He is currently the Leader of the Matter-Antimatter Section of the Helmholtz Institute Mainz, a University Professor at the Johannes Gutenberg University, and a Professor of Graduate School at UC Berkeley. He is an author of over 250 scientific publications, including several books and review articles on various topics in physics.