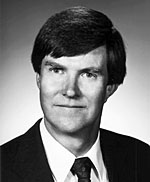 
"For outstanding research in high power semiconductor lasers, the transformation of these research results into commercial products, and extraordinary accomplishment via founding and leading a successful and growing new business based on these products."


Dr. Scifres received his BS degree from Purdue University in 1968 and his Ph.D. from the University of Illinois in 1972. From 1972 to 1983 he was a Xerox Research Fellow and manager of Opto-Electronics at the Xerox Palo Alto Research Center.

Dr. Scifres demonstrated the first distributed feedback injection feedback laser and the first cw laser diode arrays among many contributions to the fields of semiconductor lasers, fiber optics and optoelectronic integrated circuits. He has been issued over 100 US patents and has published over 300 technical articles including contributions to the books Molecular Beam Epitaxy (Pergammon Press, 1980) and Diode Laser Arrays (Cambridge University Press, 1994). He has received the Jack Morton Medal for work on distributed feedback injection lasers and high power laser diode arrays, the IEEE LEOS Award for Engineering Excellence, and in 1996 received the Optical Society of America - SIT Edward H. Land Medal.

Dr. Scifres is a founder, president and chief executive officer of SDL, Inc. a manufacturer of optoelectronic integrated circuits, semiconductor lasers, fiber optic related products and optoelectronic based systems with headquarters in San Jose, California. He is a fellow of the IEEE and OSA, a member of the APS, and is President of the Lasers and Electro Optics Manufacturers Association, and Past President of the IEEE LEOS.