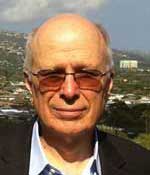 
"For his contributions to scientific and public understanding of radioactive waste management, and to U.S. policy on science and technology and global scientific engagement for the betterment of society."


Dr. E. William Colglazier served as the fourth Science and Technology Adviser to the Secretary of State from 2011 to 2014. His role was to provide scientific and technical expertise and advice in support of the development and implementation of U.S. foreign policy. From 1994 to 2011, he was Executive Officer of the National Academy of Sciences (NAS) and the National Research Council (NRC) where he helped to oversee the studies that provide independent, objective advice on public policy issues. He received his B.S. in physics in 1966 and his Ph.D. in theoretical physics in 1971 from the California Institute of Technology, and prior to 1994 worked at the Stanford Linear Accelerator Center, the Institute for Advanced Study in Princeton, the Center for Science and International Affairs at Harvard’s Kennedy School of Government, and the University of Tennessee. While at Harvard, he also served as Associate Director of the Program in Science, Technology, and Humanism of the Aspen Institute. In 1976-77, he was an AAAS Congressional Science Fellow for Congressman George Brown. He is past chair of the Forum on Physics and Society of the APS and Fellow of the AAAS and APS.