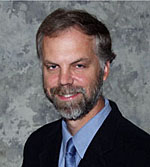 
Edmund J. Synakowski received his BA degree in physics from the Johns Hopkins University in 1982, graduating with Departmental Honors and receiving the Donald Kerr Memorial Medal for excellence in physics. He received his Ph.D. in physics from the University of Texas at Austin in 1988, having performed spectroscopic studies of plasma impurity transport on the TEXT tokamak. Since 1988, Dr. Synakowski has been on the research staff at the Princeton Plasma Physics Laboratory. He performed studies comparing experimentally and theoretically determined particle and energy fluxes in the Tokamak Fusion Test Reactor, including the first measurements of helium ash production and transport in deuterium-tritium plasmas. His more recent research efforts include a focus on bifurcating plasma systems and studies of the effects of sheared plasma flows on transport and transport barrier dynamics. More recently, he has extended this work to include joint research on the DIII-D tokamak at General Atomics in San Diego, California.

Dr. Synakowski now serves as Deputy Program Director of the National Spherical Torus Experiment at PPPL. He presently serves as Chair of the U.S. Transport Task Force, a national organization that promotes research in transport and turbulence. Dr. Synakowski is a Fellow of the American Physical Society, and received the 2000 Kaul Foundation Prize for Excellence in Plasma Physics Research and Technology Development.