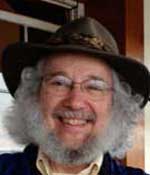 
"For leadership in the use of computers in physics education, applying cognitive research to improve student learning and critical thinking skills, tailoring physics instruction for nonphysicists, and guiding the field of physics education research through a period of significant growth."


Edward (Joe) Redish is a Professor of Physics at the University of Maryland. He received his undergraduate degree from Princeton University and his Ph.D. in theoretical nuclear physics from M.I.T. He has been at the University of Maryland ever since, and served as Chairman of Physics and Astronomy there from 1982-1985. His research in nuclear theory emphasized nuclear reactions and the quantum few-body problem. Since 1985 he has been actively involved in physics education. He has been a leader in applying computers to education, studying the role of student attitudes and expectations, and applying ideas from the cognitive and social sciences to helping understand student thinking and learning. He has made important contributions to the growth of the Physics Education Research community, organizing conferences, creating publication venues, building websites, and chairing committees. He is a fellow of the APS, the AAAS, the AAPT, and the Washington Academy of Science. His awards include ones from the Washington Academy of Science, the Maryland Association for Higher Education, Dickinson College, Vanderbilt University, and the AAPT (Millikan and Oersted Medals). He received the NSF Director's award as a Distinguished Teaching Scholar and the medal of the International Commission of Physics Education (ICPE).