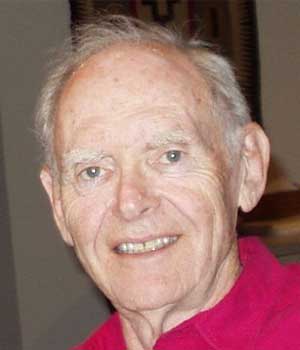 
Elihu Abrahams received his AB degree in 1947 from the University of California, Berkeley and his Ph.D. degree from the same institution in 1952.  He was a Research Associate, then Research Assistant Professor at UIUC from 1953 to 1956. He joined the physics faculty at Rutgers University in 1956, where he became Director of the Center for Materials Theory in 1999. Abrahams was then named Distinguished Adjunct Professor at UCLA in 2008.  Elihu Abrahams’ visiting appointments included Ecole Normale Supérieure, Paris; Collège de France, Paris; Université de Paris VI, Orsay. His scientific endeavors were on various aspects of the theory of condensed matter systems, including superconductivity, phase transitions, strongly-correlated electron systems, and disorder.