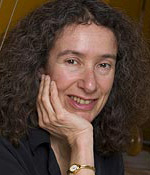 
"For seminal research on the energetics, stability, and dynamics of astrophysical plasmas, including those related to stars and galaxies, and for leadership in linking plasma and other astrophysical phenomena."


Ellen Gould Zweibel, Ph.D., graduated from the University of Chicago in 1973 with an A.B. in mathematics and from Princeton University in 1977 with a Ph.D. in astrophysical sciences. Dr. Zweibel is currently the William L. Kraushaar Professor of Astronomy and Physics and the Vilas Distinguished Achievement Professor at the University of Wisconsin – Madison. She was a founding member and is a past director of the Center for Magnetic Self-Organization, a National Science Foundation/Department of Energy-funded Physics Frontier Center. She has a broad research program in plasma astrophysics, spanning the study of the sun and stars, the formation, evolution, and structure of galaxies, and the physics of galaxy clusters. Dr. Zweibel has been an American Physical Society fellow since 1991.