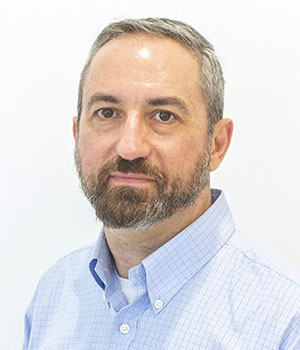 Emanuel Tutuc
The University of Texas at Austin


"For seminal contributions to the synthesis and assembly of high-quality 2D materials and their heterostructures."


Emanuel Tutuc is a Professor and holds the B. N. Gafford Professorship in Electrical Engineering in the Electrical and Computer Engineering department at The University of Texas at Austin. Emanuel received his B.Sc. in physics from École Normale Supérieure, University of Paris in 1997, and earned his Ph.D. in 2004 at Princeton University in physics. He held research positions at Princeton University and I.B.M. T.J. Watson Research Center from 2004 to 2006, and joined the faculty of The University of Texas at Austin in 2007. His research spanned the study of two-dimensional electron systems in III-V compounds, Si-Ge nanowire heterostructure devices, and interacting two-dimensional electrons in graphene and transition metal dichalcogenides. Along with students and collaborators, he conducted experiments to demonstrate twist-controlled van der Waals heterostructures with high-accuracy rotational alignment, including twist-controlled moiré crystals in 2D materials. He is a Fellow of the American Physical Society.