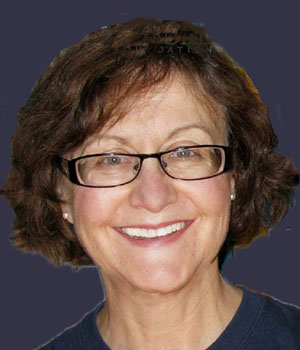 
"For the experimental exploration of the exotic properties of low-dimensional electron systems, including the discovery of the fractional quantum Hall effect in graphene and the electronic structure of twisted graphene bilayers that led to the field of moiré materials."


Eva Y. Andrei received BSc and MSc degrees from Tel Aviv University and a PhD degree from Rutgers University in 1982. After post-doctoral work at Bell Laboratories and CEA-Saclay she joined the Physics faculty at Rutgers University where she is currently a Board of Governors Chaired Professor. Andrei is an experimental quantum-matter physicist whose best-known work includes the discovery of van-Hove singularities in twisted bilayer graphene and formation of flat bands at small twist angles, observation of nematic charge order and correlated states in magic angle twisted bilayer graphene, observation of strain-induced flat bands in graphene, discovery of the fractional quantum Hall effect in graphene which was listed by Science magazine among the top 10 scientific breakthroughs of 2009. Andrei demonstrated that vacancies in graphene provide a new platform for emerging exotic phenomena, leading to the discovery of vacancy induced Kondo screening and of atomic collapse. Her work on 2D electron systems includes the elucidation of the dynamics and thermodynamics of the Wigner transition observed with electrons on Helium, and the observation of the magnetically induced Wigner solid in GaAS/GaAlAs for which she was awarded the French CEA medal of physics. Andrei is a fellow of the U.S. National Academy of Sciences, fellow of the American Academy of Arts and Sciences, fellow of the American Association for the Advancement of Science and a fellow of the American Physical Society.