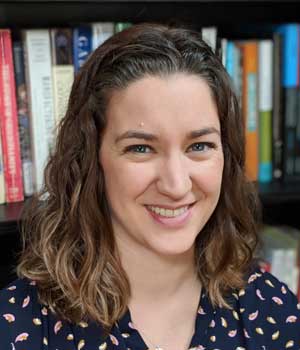 
"For exemplary achievement in computational physics, through leveraging new architectures to develop methods for astrophysical simulation on the world's fastest supercomputers."


Evan Schneider received her B.A. in mathematics and physics from Bryn Mawr College in 2010. She then moved to Tucson, Arizona, where she earned a Ph.D. in Astronomy and Astrophysics from the University of Arizona in 2017. Since then, she has been a NASA Hubble Postdoctoral Fellow / Lyman Spitzer Research Fellow at Princeton University in New Jersey. Schneider's current work focuses on harnessing the immense power of GPU-enabled supercomputers to address pressing questions about galaxy evolution using extremely high resolution hydrodynamics simulations. While at the University of Arizona, she won both the Theoretical Astrophysics Program Graduate Student Research Prize, as well as the College of Science Graduate Student Research Prize for her thesis work constructing the GPU-native hydrodynamics code, Computational Hydrodynamics on ParaLLel Architectures (Cholla). Cholla remains an open source code for which Schneider is the primary developer. Schneider is a current member of the American Astronomical Society and serves on the User Group Executive Board for the Oak Ridge Leadership Computing Facility.