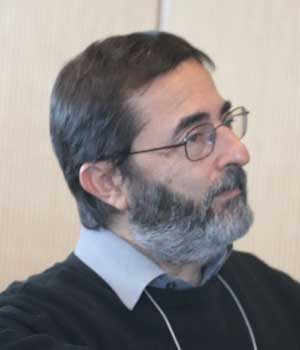 
"For sustained commitment and achievement in the advancement of physics and science in developing countries."


Fernando Quevedo is a Guatemalan theoretical high energy physicist. He holds a Professorship in Theoretical Physics at the University of Cambridge, UK and a Fellow of Gonville and Caius College since 2001. From 2009 to 2019 he was the Director of ICTP (Abdus Salam International Centre for Theoretical Physics) in Trieste, Italy. He obtained his PhD at the University of Texas under the supervision of Steven Weinberg. His research has been mostly focused on formal, phenomenological and cosmological aspects of field and string theories. He has given hundreds of seminars and colloquia in more than 50 countries. He has more than 150 publications with more than 16,000 citations and an h-index equal to 72. During his mandate ICTP expanded its horizons by creating new institutes worldwide such as ICTP-SAIFR in Brazil and EAIFR in Rwanda, new research areas such as Quantitative Life Sciences and Renewable Energies, new educational programmes such as the International Master in Medical Physics and new outreach projects such as Physics Without Frontiers. He was the founding international coordinator of the network of Guatemalan scientists from 2005 to 2017. He has numerous awards such as the 1998 ICTP prize, a John Simon Guggenheim Fellowship, a Royal Society Wolfson award, the Abdus Salam Medal of the World Academy of Science (TWAS), the Spirit of Salam award and honorary degrees from the Universities San Carlos and del Valle of Guatemala and the University of Chiapas in Mexico.