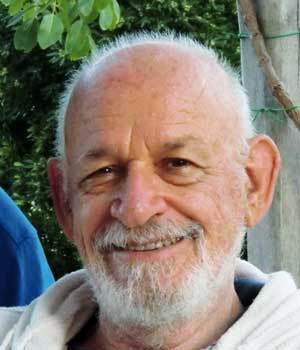 
Francesco Calogero has been professionally associated throughout his scientific career with the University of Roma "La Sapienza", where he is now an emeritus professor, and with the Instituto Nazionale di Fisica Nucleare. He completed his laurea studies in physics in 1958 at Rome University, Italy, Laurea in Physics; at the time in Italy, the “PhD” did not exist. During his career, Calogero also spent time working at Berkeley, Princeton University, Moscow, in London, and many shorter periods in many other places around the world including China, Japan, Latin America and of course Europe.
Throughout his life, with some diversions in cosmology, Calogero has worked in various fields of theoretical and mathematical physics: beginning in elementary particle physics, then in nuclear physics, and then mainly in the mathematical physics associated with the identification and investigation of solvable/integrable many-body problems (classical and quantal), as well as in other nonlinear contexts such as partial differential equations. He published 5 books in English, including one with a co-author, and over 400 papers, about half with co-authors. As an arms control and disarmament activist, he also has published a similar number of works, half in English and half in Italian. He served as secretary general of the Pugwash Conference on Science and World Affairs from 1989 to 1997, and in that capacity he accepted, on behalf of Pugwash, the 1995 Nobel Peace Prize jointly awarded to Joseph Rotblat and to Pugwash "for their efforts to diminish the part played by nuclear arms in international politics and in the longer run to eliminate such arms." Calogero then served from 1997 to 2002 as chair of the Pugwash Council, of which he still is an ex officio member. He is a life member of the American Physical Society and of the American Mathematical Society, a foreign member of the Ukrainian Academy of Sciences, and a member of the World Academy of Arts and Sciences.