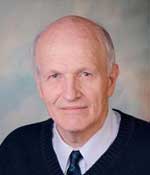 
"For his outstanding work and leadership in using physics to illuminate public policy in the areas of nuclear arms control and nonproliferation, nuclear energy, and energy efficiency."


Frank von Hippel, a nuclear physicist, is a Professor of Public and International Affairs at Princeton University, where he has worked since 1974. He has worked on fissile material policy issues for the past 30 years including those relating to commercialization of plutonium recycle, ending the production of plutonium and highly-enriched uranium for weapons, and ending the use of highly enriched uranium as a reactor fuel. He has also worked in other areas of nuclear arms control, nonproliferation and energy policy. He is currently Co-Chair of the International Panel on Fissile Materials. In 1993-4, he served as Assistant Director for National Security in the White House Office of Science and Technology Policy and played a major role in developing US-Russian cooperative programs to increase the security of Russian nuclear-weapons materials. He was a MacArthur Foundation Prize Fellow during 1993-8, and in 1994 was awarded the Hilliard Roderick Prize for excellence in Science, Arms Control and International Security by the American Association for the Advancement of Science. He received his Ph.D. in theoretical physics in 1962 from Oxford University, where he was a Rhodes Scholar. He chaired the APS Panel on Public Affairs during 2005.