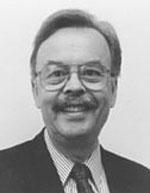 
"For his contribution to the theory of low dimensional quantum systems."


F. Duncan M. Haldane (Duncan Haldane) is currently the Eugene Higgens Professor of Physics at Princeton University. Some of his best known contributions to physics include the theory of Luttinger liquids, the theory of one dimensional Spin chains, the theory of Fractional Quantum Hall Effect, Exclusion Statistics, and Entanglement Spectra.

In Duncan Haldane's words from his Princeton web page:

In general, I am interested in strongly-interacting quantum many-body condensed-matter systems, explored by non-perturbative methods:

Geometry of the fractional quantum Hall effect (FQHE)
The FQHE occurs when the kinetic energy of electrons bound to a 2D surface becomes quantized in the presence of a high magnetic fields when they move in Landau orbits. The "guiding centers" of their orbits have non-commuting components and define a "quantum geometry". "Incompressible quantum fluid" states of the electrons at fractional Landau-level filling p/q can be modeled as a "condensate" of "composite bosons" formed from p particles and q "flux quanta" (guiding-center orbitals).

I recently found that the shape (geometry) of the "composite boson" was the previously-unrecognized collective degree of freedom of the FQHE, and is described by a "unimodular" spatial metric-tensor field. This leads to a new field-theoretical description of FQHE states in terms of Chern-Simons fields plus the metric-tensor field that (unlike the c. 1990 "Chern-Simons + Ginzburg-Landau" description that it replaces) successfully describes the FQHE collective mode. The new picture appears to provide the previously-missing ingredient for a quantitative description of FQHE incompressibility.

"Entanglement spectrum" of quantum states
With my student Hui Li, we investigated the spectrum of "pseudo-energies" of the Schmidt singular-value bipartite decomposition of the support of a quantum state (a FQHE fluid) into two spatial regions.

This is usually used to obtain the "entanglement entropy" of the state, but we found that plotting the spectrum it as a function of momentum parallel to the translationally-invariant boundary between the two regions revealed a gapless "pseudo-energy" excitation spectrum from which the topological order could be identified. This new notion of examining the "entanglement spectrum" as a function of its quantum numbers, rather than just an "entropy", has turned into a powerful tool for detecting and identifying topological order.

Topological Insulators, and "Chern Insulators"
In 1988, I proposed a graphene-like model of a topologically non-trivial band structure, with broken time-reversal symmetry but regular Bloch states, that exhibited an (integer) "quantum Hall effect without Landau levels" in the absence of a net magnetic fiux density. This would today be called a "Chern Insulator", the original "topological insulator".

A simple generalization of the model lead to Kane and Mele's 2004 model for a time-reversal-invariant 2D topological insulator, which in turn lead to the discovery of the 3D topological insulators. As a different generalization, with my student S. Raghu, I used this model to demonstrate theoretically that topologically-non-trivial photonic band structures could be made that would have "unidirectional" edge modes that could propagate around corners an obstructions without backscattering.