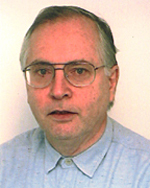 
"For his seminal and extensive contributions to the understanding of instabilities in convective and rotating flows, for his development of upper-bound theories and their application to complex fluid flows, and for his use of fluid mechanics to elucidate geophysical and astrophysical problems."


Dr. Friedrich Busse is a native of Germany. He attended the University of Göttingen and the University of Munich (LMU) before receiving his Ph.D. in theoretical physics in 1962 from the Universityof Munich. He was a scientific assistant at the Institute for Theoretical Physics at the University of Munich until 1965 when he moved to the United States where he was a research associate in the Department of Mathmatics at MIT. A year later he moved to UCLA where he was an associate research geophysicist before moving back to Germany as a scientist at the Max-Planck-Institute for Physics and Astrophysics in Munich. In 1970 he returned to UCLA where he became a full professor in 1973 and worked as a member of the Department of Earth and Space Sciences and the Institute of Geophysics and Planetary Physics. In 1984, Dr. Busse assumed the position of Professor for Theoretical Physics at the University of Bayreuth where he remains today. His present research interests include the dynamo theory of the origin of planetary magnetism, theory and experiments of convection in rotating and non-rotating systems and the bounds on properties of turbulent flows.