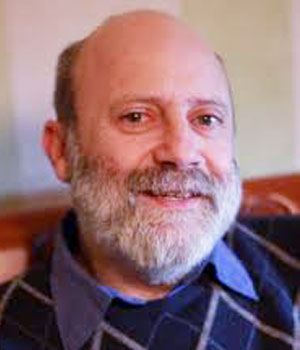 
"For the development of the Dynamical Mean Field Theory as a tool for the computation of properties of strongly correlated materials."


Gabriel Kotliar is a theoretical physicist currently working on theoretical and computational approaches to the theory of strongly correlated electron systems. His current research interests include the theory of the Mott transition, superconductivity in strongly correlated electron systems, the electronic structure of transition metal oxides, lanthanides and actinides, and the development of first principles approaches for predicting physical properties of materials. He received his Ph.D in Princeton in 1983, was a postdoc at the Institute for Theoretical Physics in Santa Barbara, and assistant professor at MIT. He has been a professor at Rutgers University since 1988. He has also a part time senior staff scientist at Brookhaven National Laboratories where he directs the Center for Theoretical Spectroscopy and Material Design. He was an Alfred P. Sloan Research Fellow in 1986 to 1988, received a Presidential Young Investigator Award in 1987, a Lady Davies Fellowship in 1994 and 2011, a Guggenheim fellowship in 2003, the Blaise Pascal Chair in 2005 and one of the recipients of the Agilent Technologies Europhysics Prize in 2006 of a Simons fellowship in 2017 and Humboldt fellowship in 2019. He has been a fellow of the American Physical Society since 2001 and has coauthored more than 350 publications in refereed Journals. In 2019 he was elected to the American National Academy of Sciences.