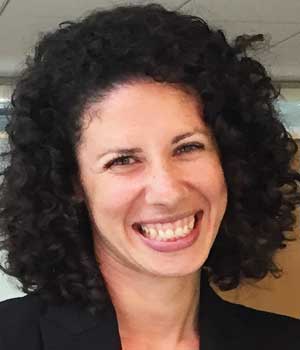 
"Measuring and Interpreting the x-ray spectra of charge exchange"


Gabriele Betancourt-Martinez earned her B.S. in Astronomy and Physics from Yale University in 2010, and her Ph.D. in Astronomy from the University of Maryland, College Park in 2017, where she worked with advisors Scott Porter and Maurice Leutenegger at NASA’s Goddard Space Flight Center and Christopher Reynolds at UMD. Gabriele’s dissertation focused on charge exchange (CX), an interaction between a highly charged ion and a neutral atom or molecule which generates spectral line emission, often in the X-ray band. Although CX can occur in many astrophysical environments, CX spectra are often poorly modeled, which can lead to incorrect assumptions about the physical parameters of the region being observed. Gabriele performed laboratory CX measurements with an Electron Beam Ion Trap and an X-ray microcalorimeter at the Lawrence Livermore National Laboratory to simulate astrophysical CX in order to gain a deeper understanding of the atomic processes behind the interaction. She used the resulting high-resolution spectra as benchmarks for models and to spur on a more accurate and comprehensive CX theory. Gabriele was the recipient of a NASA Space Technology Research Fellowship and the winner of the 2016 University of Maryland Three Minute Thesis competition. After her Ph.D., Gabriele moved to Toulouse, France, to work with the X-IFU team of the European Space Agency’s Athena mission.