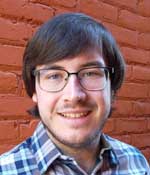 
Garrett's dissertation explored the influence on standard stellar evolution models of physical effects generally neglected in standard treatments, namely rotation, magnetic activity, and starspots. To do this, he considered the depletion of the light element Li-7 in stellar photospheres, and worked to reconcile the significant and varying discrepancies between standard predictions for lithium burning and the empirical abundance patterns observed in open clusters of varying ages. Based on these experiments, he concluded that heavy star spot coverage increases the radii of active stars by ~10% while they remain rapidly rotating, and that the internal transport of angular momentum during the stellar main sequence is significantly stronger than simple hydrodynamic treatments previously tested in the literature.