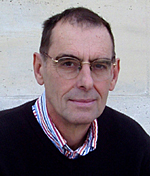 
"For his many varied contributions to nuclear-structure and reaction theory, which have guided and illuminated experiments for four decades."


Bertsch received a B.A. degree from Swarthmore College in 1962 and did graduate studies in physics at Princeton University. He completed a thesis in nuclear theory and obtained a Ph.D. in 1965. Following a postdoctoral year at the Niels Bohr Institute in Copenhagen, he had academic positions at Princeton, MIT, and Michigan State University, where he became Professor in 1973 and Hannah Professor in 1985. He is presently professor of physics at the University of Washington. His research in nuclear theory began with spectroscopy and particularly giant resonances and went on to the properties of high density matter and their experimental implications. Most recently he has been pursuing the connections between theoretical techniques used in different disciplines, seeking applications of nuclear techniques in such areas as condensed matter and vice versa. He is a Fellow of the American Physical Society and has been honored by Fellowships from the Sloan Foundation, the Humboldt Foundation, and the Guggenheim Foundation.