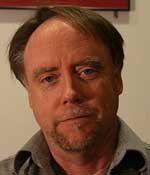 
"For outstanding contributions to nuclear astrophysics, especially his seminal work on weak interaction rates for stellar evolution and collapse and his pioneering research on neutrino flavor-mixing in supernovae."


George Fuller is Distinguished Professor of Physics at the University of California, San Diego, and the Director of the Center for Astrophysics and Space Sciences (CASS) there. He received his undergraduate degree and PhD in physics from the California Institute of Technology in 1976 and 1981, respectively. His PhD advisor at Caltech was Professor William A. Fowler. Subsequently Fuller went to the University of Chicago where he was a Robert R. McCormick Fellow 1981-83, a postdoctoral Visiting Research Astrophysicist at UC Santa Cruz/Lick Observatory from 1983-84, a Research Assistant Professor at the (old) Institute for Nuclear Theory, University of Washington 1985-86, and then a staff member in the IGPP astrophysics group at Lawrence Livermore National Laboratory 1986-1988. He came to UCSD as an Associate Professor in 1988. He is a Fellow of the American Physical Society.

Fuller's work has revolved around the interplay of the weak interaction, nuclei, and gravitation in the cosmos. The recent focus of his work has been on neutrino physics, in particular the role of neutrino mass and flavor mixing in the early universe and in core collapse supernovae, the synthesis of the light and heavy nuclei, and cosmology.