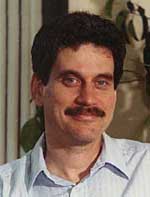 
"For developing concepts and techniques in QCD, such as infrared safety and factorization in hard processes, which permitted precise quantitative predictions and experimental tests, and thereby helped to establish QCD as the theory of the strong interactions."

His research interests are centered on how the complex outcomes observed in collision experiments arise in quantum field theories. This led to the development of the concept of infrared safety with Steven Weinberg, the prrof of the infrared finiteness of jet cross sections, and the formulation and proof of factorization theorems with Stephen Libby, and with John Collins and Davison E. Soper. In recent years he has developed ideas on the summation of large corrections to all orders in perturbation theory, and has formulated tools to relate perturbative and nonperturbative descriptions of quantum chromodynamics and other field theories.

He received a Guggenheim Fellowship (1985), is a Fellow of the American Physical Society, and has served as Divisional Associate Editor for Physical Review Letters. He is a member of the Coordinated Experimental-Theoretical Project on QCD (CTEQ) and has helped organize many CTEQ summer schools.