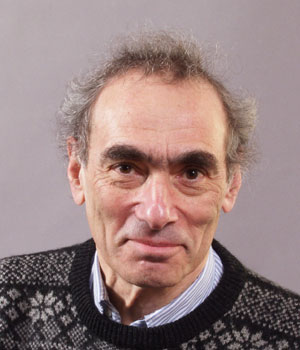 
Gordon Baym, a graduate of Brooklyn Technical High School, studied mathematics and physics at Cornell University (AB, 1956), and at Harvard University (PhD, 1960) as a student of Julian Schwinger. He then spent two years at the Institut for Teoretisk Fysik in Copenhagen (now the Niels Bohr Institute), where he remains a frequent visitor. After a year at Berkeley, he came permanently to the University of Illinois in 1963.

His interests in theoretical physics range from quantum statistical mechanics to matter at low temperatures and under extreme conditions. A pioneer in the study of pulsars and neutron stars, he has been a driver in laboratory studies of density matter via ultrarelativistic heavy ion collisions. His ongoing interests include quark matter in neutron stars, and the intersection of low temperature and high energy physics in searches for the neutron electron dipole moment and for dark matter.

He is a Fellow of the APS and former Chair of the APS Forum on the History of Physics; a Fellow of the American Academy of Arts and Sciences; and a member of the National Academy of Sciences and of the American Philosophical Society. He was earlier awarded the APS Hans Bethe Prize and the APS Lars Onsager Prize (with T.-L. Ho and C.J. Pethick), and the Eugene Feenberg Memorial Medal (with L. Keldysh). His continuing service to the physics community includes recently chairing the National Academy of Sciences study of the Electron-Ion Collider.