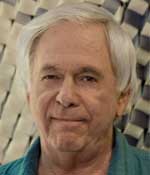 
"For important contributions to the phenomenology of elementary particle physics, especially supersymmetry, and for his accomplished record as a popularizer of science."


Kane got his PhD at the University of Illinois in 1963, was a postdoc at Johns Hopkins University, and in 1965 became assistant professor at University of Michigan, becoming full professor in 1975.  He was a J.S.Guggenheim Fellow at Oxford University and Rutherford Laboratory for 1971-1972, visitor at Stanford Linear Accelerator Laboratory (1979), Scientific Associate at CERN ( 1986), and Member, Institute for Advanced Study (2007). He is Victor Weisskopf Distinguished University Professor, Director Emeritus of the Michigan Center for Theoretical Physics, and Adjunct Professor,  School of Art and Design.

Kane works in theoretical particle physics, astrophysics, and cosmology, focusing on Large Hadron Collider physics, dark matter, supersymmetry, Higgs boson physics, and string phenomenology.  He has over 200 publications, with about 14,000 citations, and an h index of 58. He has written or edited eight books, and three Scientific American articles. Two books are for the general public, and others for larger segments of the physics community.  He is a Fellow of the APS, Fellow of the American Association for the Advancement of Science, and Fellow of the British Institute of Physics.