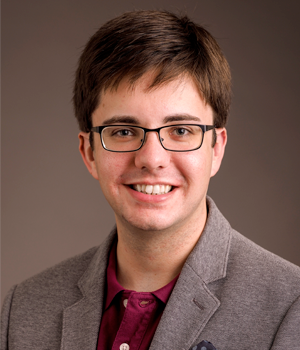 
"For his contributions to understanding the structure and self-consistency of gravity and effective field theories using ideas from quantum field theory and holography."


Dr. Grant Remmen`s research has focused on the relationship between quantum gravity and low-energy effective field theories; his work has provided new insights on fundamental problems in particle physics, gravity, and cosmology. His areas of interest include the weak gravity conjecture, positivity bounds from scattering amplitudes, and holography. Dr. Remmen obtained B.S. degrees in Physics, Astrophysics, and Mathematics, summa cum laude, from the University of Minnesota in 2012 and received a Ph.D. in Theoretical Physics from the California Institute of Technology in 2017 under Prof. Clifford Cheung and Prof. Sean Carroll. As an undergraduate, Dr. Remmen received the Dean`s International Scholarship at University College London to conduct research at Mullard Space Science Laboratory and the Chambliss medal from the American Astronomical Society for exemplary research (2011). He received graduate fellowships from the National Science Foundation and the Hertz Foundation (2012-2017), as well as Caltech`s Stemple Prize in Physics for outstanding research (2015). He was selected as a member of the U.S. delegation to the 66th Lindau Nobel Laureate Meeting (2016). Dr. Remmen is currently a Miller Fellow at the University of California, Berkeley. His ongoing work at the Berkeley Center for Theoretical Physics includes research in aspects of high-energy physics related to gravity, at the nexus of cosmology, quantum field theory, general relativity, and particle physics.