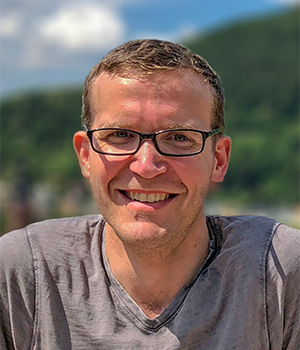 
"For outstanding contributions to the first observation of coherent elastic neutrino nucleus scattering as a member of the COHERENT neutrino experiment at the Oak Ridge National Laboratory."


Grayson Currie Rich received both his B.S. (2010) and Ph.D. (2017) degrees in physics at the University of North Carolina in Chapel Hill. While an undergraduate, he became involved in nuclear physics research at Triangle Universities Nuclear Laboratory (TUNL). After early work in the areas of fission and nuclear astrophysics with Prof. Hugon Karwowski, his focus shifted to neutrino physics and he joined the COHERENT Collaboration, providing the context for his thesis work with Prof. Phil Barbeau of Duke University. As a member of COHERENT, he was part of the team which performed the first observation of coherent elastic neutrino-nucleus scattering and aspects of this discovery appear in his thesis, including the statistical analysis. Following graduate school, he moved to the University of Chicago as an Enrico Fermi Fellow and a fellow at the Kavli Institute for Cosmological Physics. Dr. Rich is primarily interested in looking for physics beyond the Standard Model and continues to work in the COHERENT Collaboration while also increasing involvement in the Dark Matter In CCDs (DAMIC) Collaboration and pursuing the development of novel detector technologies for neutrino and astroparticle physics.