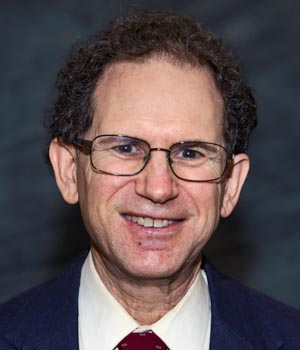 
"For seminal developments in magnetic force microscopy leading to significant measurement advancements, including the detection of a single electron spin and nuclear magnetic resonance imaging at the nanometer scale."


H.J. (John) Mamin is a Principal Research Staff Member at the IBM Almaden Research Center, which he joined in 1987. He has a longstanding interest in developing novel uses for scanning probe techniques, dating from his days as a postdoctoral fellow at the University of California Berkeley in the then-emerging field of scanning tunneling microscopy. His work at IBM has ranged from early imaging of magnetic bits in hard disk drive material, to pushing the limits of ultrasensitive force detection, to mechanical detection of a single electron spin. He has used both cantilever-based force detection as well as optical detection of nitrogen-vacancy centers to show that magnetic resonance imaging can be extended into the nanoscale. More recently, he has returned to his roots in superconducting phenomena, and is currently part of the IBM Quantum effort. He is a Fellow of the American Physical Society and co-recipient of the Gunther Laukien Prize and Cozzarelli Prize, both for achievements in the field of magnetic resonance. He received his B.S. in physics from Stanford University in 1978 and his Ph.D. in physics from UC Berkeley in 1984 under Professor John Clarke.