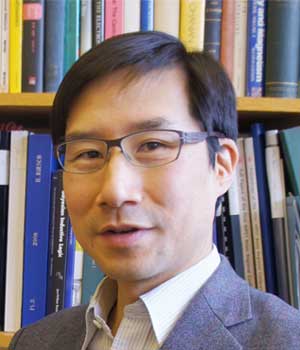 Hasok Chang
Department of History and Philosophy of Science, University of Cambridge


"For innovative and influential studies on the history and philosophy of the physical sciences, including scholarly works on scientific evidence, the physics-chemistry interaction, and historical and epistemic aspects of thermal physics."


Hasok Chang is the Hans Rausing Professor of History and Philosophy of Science at the University of Cambridge. Previously he taught for 15 years at University College London after receiving his Ph.D. in Philosophy at Stanford University following an undergraduate degree at the California Institute of Technology. He is the author of Is Water H2O?: Evidence, Realism and Pluralism (Springer, 2012), winner of the 2013 Fernando Gil International Prize, and Inventing Temperature: Measurement and Scientific Progress (Oxford University Press, 2004), joint winner of the 2006 Lakatos Award. He is also co-editor (with Catherine Jackson) of An Element of Controversy: The Life of Chlorine in Science, Medicine, Technology and War (British Society for the History of Science, 2007), a collection of original work by undergraduate students at University College London. He is a co-founder of the Society for Philosophy of Science in Practice (SPSP) and the Committee for Integrated History and Philosophy of Science. He has recently been the President of the British Society for this History of Science.