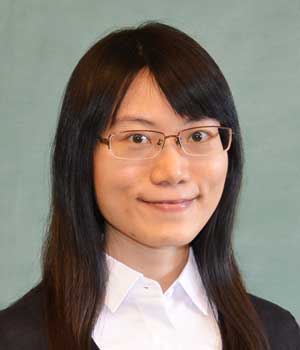 
"For an outstanding doctoral thesis that relates the transition to turbulence in pipe flow and the evolution of interacting populations through collective effects."


Hong-Yan Shih received her B.S. in 2008 and M.S. in 2010 in physics from the National Tsing Hua University in Taiwan. She received her Ph.D. in physics in 2017 from the University of Illinois at Urbana-Champaign, where she worked with her advisor Nigel Goldenfeld. In her Ph.D. work, she applied statistical mechanics to study the interplay between evolution and ecology, focusing especially on collective effects between viruses and marine bacteria.  She also worked on the statistical mechanics of the laminar-turbulent transition in fluids, and discovered the surprising fact that there is a close mathematical analogy between predator-prey dynamics and the important dynamical modes in transitional pipe flows. In this way, she predicted the universal scaling behavior at the onset of fluid turbulence. Dr. Shih received the Edelheit Family Fellowship in Biological Physics in 2016 from the University of Illinois at Urbana-Champaign and the Government Scholarship to Study Abroad by the Ministry of Education of Taiwan in 2015 and 2016. Dr. Shih is now a postdoctoral associate at the University of Illinois at Urbana-Champaign, with appointments in the Department of Physics and the Carl R. Woese Institute for Genomic Biology. Her current research interests are the applications of non-equilibrium statistical mechanics to evolutionary ecology, particular microbe-virus systems, and the continuation of her thesis research directions in turbulent flow.