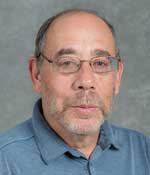 
"For leadership in providing educational materials on contemporary physics topics to students for over 25 years."


The Contemporary Physics Education Project (CPEP) is an organization of physicists and educators dedicated to create attractive and up-to-date materials that describe several subfields of physics. Since 2012, CPEP’s president has been Howard S. Matis, Ph.D. Dr. Matis received his B.S. in physics from Rensselaer Polytechnic Institute (N.Y.) in 1970. He received both his M.S. and his Ph.D. in physics from The University of Chicago (Ill.), in 1971 and 1976, respectively, and completed his postdoctoral fellowship there in 1978, before joining the Los Alamos National Laboratory in New Mexico. In 1983, he joined the Lawrence Berkeley National Laboratory in Berkeley California. Dr. Matis’s scientific research interests have included deep-inelastic electron scattering, rare muon decay, heavy ion physics, and detection of astrophysical neutrinos. A fellow of the American Physical Society (APS), Dr. Matis was a member of the APS Far West from 2007 to 2010, and was its chair in 2009. Dr. Matis began working with CPEP in 1998, serving as vice president for nuclear physics when his group produced the nuclear science poster.