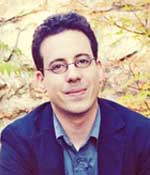 
"For his research on the physics of plasma wakefield acceleration; in particular, the scaling of the longitudinal electric fields and transformer ratio in the nonlinear "blowout" regime."


Ian Blumenfeld received his BASc in Engineering Science with a physics concentration from the University of Toronto in 2004. After beginning his PhD at Stanford University the subsequent fall, he joined the lab of Dr. Robert Siemann, to work on plasma wakefield acceleration experi-ments at SLAC. Under Bob’s tutelage, his work focused on the scaling behavior of non-linear wakefields as related to the peak drive beam current, and the associated implications for con-struction of a plasma wakefield accelerator. After Bob’s passing, he completed his PhD with the supervision of Dr. Alex Chao in the fall of 2009. As one of Bob’s last students, Ian feels honored to contribute to the legacy of a literal and figurative giant in the field of advanced acceleration research. He is currently the lead scientist of cardiovascular disease modeling at Archimedes, Inc., an innovative health care consulting start-up based around mathematical models of disease and treatment processes, in San Francisco.