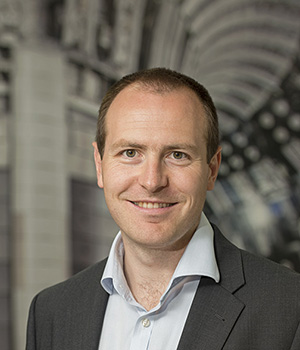 
"For groundbreaking experimental and theoretical studies in tokamak stability"


Ian Chapman became CEO of the UK Atomic Energy Authority and head of the Culham Centre for Fusion Energy in October 2016. He received his M.S. from Durham University in 2004 and a Ph.D. from Imperial College in 2008. His primary research interest is understanding and controlling macroscopic instabilities in fusion plasmas. Ian has experimented on a number of fusion devices worldwide as well as developed leading numerical modelling tools. His work is characterised by a close coupling of experimental data that uses numerical modelling to explicate the underlying plasma physics and, in so doing, develop techniques for plasma control. A number of his journal publications have been included in highlights collections (Plasma Physics Controlled Fusion in 2011, Nuclear Fusion in 2012, Physics of Plasmas in 2012) and one of his papers was included in the shortlist for the Nuclear Fusion Award in 2013. Ian has published over 110 journal papers, including three topical review papers, and has given 30 invited lead-author presentations at international conferences. His research has been recognized with many international awards, including the European Physical Society Early Career Prize in 2014, the Plasma Physics Young Scientist Prize from the Institute of Physics Paterson Medal in 2013, the International Union of Pure and Applied Physics in 2012, and the Cavendish Medal for Best early-career UK physicist awarded by SET for Britain in 2011. He was made a fellow of the Institute of Physics in 2013 and became a visiting professor at Durham University in 2015.