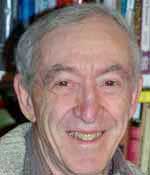 
"For his contributions to experimental solar system tests of relativistic theories of gravity, and in particular for proposing and measuring the Shapiro time delay effect."


Irwin Shapiro graduated in 1950 from Cornell University with a BA in mathematics, and in 1955 from Harvard with a PhD in physics.  He worked at the MIT Lincoln Laboratory from 1954 until 1970; from 1967 until 1985 he was professor of earth and planetary sciences and professor of physics at MIT, becoming Schlumberger professor in 1980; he became emeritus in 1985.  Starting in 1982 until the present, he has been a professor of astronomy and a professor of physics at Harvard, and a senior scientist at the Smithsonian Institution.  Shapiro became the first Timken University professor at Harvard in 1997, a position he still maintains.  From 1983 through mid 2004, he was the director of the Harvard-Smithsonian Center for Astrophysics.  Shapiro has received over a dozen prizes and medals, including the Bowie and Whitten medals of the American Geophysical Union (AGU), the Dannie Heineman and Kuiper prizes of the American Astronomical Society (AAS), and the Michelson medal of the Franklin Institute.  He is a member of the American Physical Society, the American Philosophical Society, the American Academy of Arts and Sciences, the American Association for the Advancement of Science, the International Astronomical Union, the AGU, the AAS, and the National Academy of Sciences.  His research centered on the use of radio and radar techniques for testing general relativity, and for studying the earth and planets, as well as stars and quasars.  He has also been deeply involved in pre-college science education.