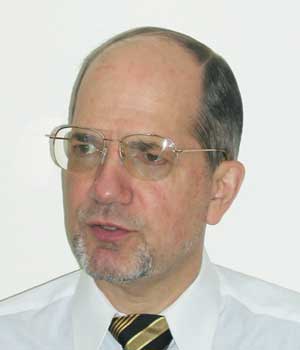 
"For pioneering the atomic-layer-by-layer synthesis of new metastable complex-oxide materials, and the discovery of resulting novel phenomena."


Ivan Božović received BSc in Physics (1970) and PhD in Solid State Physics (1975) from Belgrade University, Yugoslavia, where he was later elected a professor and the Head of Physics Department. After moving to USA in 1985, he worked at Stanford Uni-versity and the Varian Research Center in Palo Alto, California. Then he spent three years as the CTO of Oxxel, Bremen, Germany, returning to USA in 2003 to join Brookhaven National Laboratory as the MBE Group Leader. He is also an Adjunct Pro-fessor at Yale University (of Applied Physics 2014-19, and of Chemistry 2019-). He is a Member of European Academy of Sciences, Foreign Member of the Serbian Academy of Science and Arts, Fellow of APS, and Fellow of SPIE. He received the Bernd Matthi-as Prize for Superconducting Materials, SPIE Technology Award, the M. Jaric Prize, the BNL Science and Technology Prize, was Max Planck and Van der Waals Lecturer, and has been a Gordon and Betty Moore Foundation Principal Investigator (2014-9 and 2019-24). Božović pioneered integrating oxide-MBE with advanced surface-science tools such as LEEM, LEISS, ARPES, and STM. By meticulous engineering of cuprates down to a single atomic layer, he discovered high-Tc interface superconduc-tivity, demonstrated superconductivity in a single CuO2 plane and 2D quantum critical behavior at the superconductor-insulator transition, created artificial (metastable) high-Tc compounds, fabricated high-Tc tunnel junctions, and demonstrated Giant proximity effect.