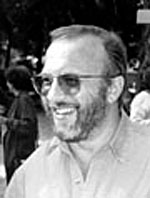 
"For his dedication to the development of physics at the frontier level in Latin America, China and India; for his efforts in organizing international events and building strong bridges to connect people, ideas, and resources from around the world; and for his results as an imaginative physicist and a close collaborator with young physicists in developing countries."

Prof. Schuller is a member of the APS, the Materials Research Society, and the Chilean Physics Society.