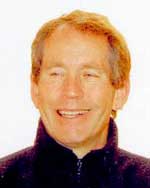 
"For his contributions to laser science and tests of fundamental physical principles, in particular the application of ultra-stable lasers to tests of quantum measurement theory and the fundamentals of quantum mechanics."


James C. Bergquist received a bachelors degree from the University of Notre Dame in 1970 and a Ph.D. degree from the University of Colorado in 1977 (advisor, John Hall). Subsequent to an NRC postdoctoral appointment with David Wineland, he joined his research group at NIST in Boulder. In his research, Bergquist has concentrated on the laser cooling and spectroscopy of trapped atomic ions with applications to atomic clocks and fundamental tests. In 2000, he and his colleagues at NIST demonstrated the worlds first optical clock based on a single laser-cooled mercury ion. He is a Fellow of the American Physical Society and the Optical Society of America. He has won the E.U. Condon award (NIST, 2001) for written exposition, the Department of Commerce Gold medal in 1985 for cooled-ion frequency standards (with J.J. Bollinger, W.M. Itano and D.J. Wineland) and again in 2001 for optical frequency standards and the means for relating their output to other frequencies (with S.T. Cundiff, S.A. Diddams, J. Hall, L. Hollberg, C.W. Oates and J. Ye), the William F. Meggers Award (OSA, 2002) for his contributions to &high-accuracy laser spectroscopy with applications to fundamental metrology and clocks, the Rabi Award (IEEE, 2006) for his contribution to the &realization of accurate optical frequency standards, and the Herbert P. Broida Award (APS, 2007) for his contributions to ultra-high resolution laser spectroscopy and the realization of accurate optical frequency standards.