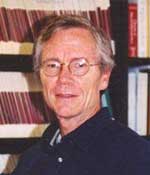 
"For pioneering investigations of plasma instabilities in magnetically-confined, astrophysical and laser-driven plasmas; in particular, explication of the fundamental mechanism of fast reconnection of magnetic fields in plasmas; and leadership in promoting plasma science."


James F. Drakeis a Professor in the Department of Physics and the Institute for Physical Science and Technology at the University of Maryland, College Park. He received his B.S. (1969) and Ph.D. (1975) degrees in physics from UCLA. Dr. Drake remained at UCLA as a post-doc for two years before moving to the University of Maryland first into a research position and since 1987 as a member of the teaching faculty. Early in his career Professor Drake worked on the interaction of intense lasers with plasma but then switched his focus to plasma turbulence and transport and magnetic reconnection with applications in the laboratory, the heliosphere and the broader universe. His work on the mechanisms controlling fast magnetic reconnection and associated particle acceleration has been widely recognized in the laboratory, the space and astrophysical plasma communities.