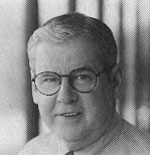 
"For his scientific creativity, sound judgment and inspiring leadership during his career as a researcher, manager of science and technology, and technology leader and strategist in the IBM Corporation. As the Director of the IBM Research Division, he has redefined the role of a world-class industrial research laboratory for the 21st Century."


McGroddy received his Ph D in solid state physics from the University of Maryland in 1965 and promptly joined the research staff at IBM's Thomas J. Watson Research Center. His early work led to the first observation of the Gunn effect in ternary alloys of III-V compounds, and he soon broadened his research to diverse phenomena in semiconductors.

In 1977, McGroddy became the first director of the newly formed Semiconductor Science and Technology Department, and soon was named research vice president for logic, memory and packaging. After stints as director of development for the Information Systems/Communications Group and vice president of development and manufacturing in the General Technology Division, McGroddy became assistant general manager within the Technology Products Line of Business in 1987. He helped build a world-class VLSI design capability, resulting in the PowerPC microprocessor family, developed jointly with Motorola and Apple.

As director of research, he was instrumental in establishing a joint venture with Toshiba to manufacture amorphous silicon-based liquid-crystal flat-panel displays for IBM's line of notebook computers. In July of 1994, he was named senior vice president of research, with responsibility for directing all research activity and setting the strategic direction for IBM's technology investments.