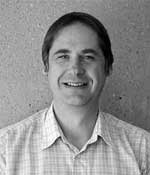 
"For his pioneering work in computational magnetohydrodynamics, including the development and dissemination of widely used codes, and the application of those codes to important problems in astrophysics."


James Stone is a Professor in the Department of Astrophysical Sciences at Princeton University, with a joint appointment in the Program in Applied and Computational Mathematics (PACM).  He received a BSc(Hons) in 1984 from Queen's University, Kingston ON Canada, a MSc from Queen's in 1986 (both in physics), and a PhD in astronomy from the University of Illinois at Urbana-Champaign in 1990.  He was a postdoctoral research associate at UIUC for two years, before joining the faculty at the University of Maryland in 1992.  In 2002 he was elected to the Professorship of Mathematical Physics (1979) at Cambridge University, and moved to his current position at Princeton in 2003.

Stone's research interests are in the use of numerical methods to study nonlinear and multidimensional fluid dynamics in astrophysical systems, such as accretion flows onto black holes.  Currently he is associate director of the Princeton Institute for Computational Science
and Engineering (PICSciE), which supports and provides training for high-performance computing systems on the Princeton campus.  Stone is a member of the APS, AAS, and IAU.