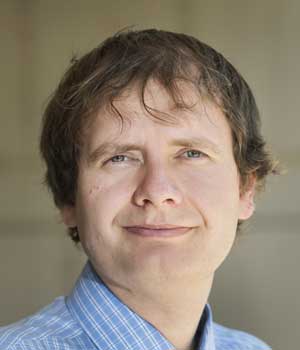 
"For seminal work on the computation of particle scattering amplitudes, including the development of a new mathematical approach, the amplituhedron."


Jaroslav Trnka is an Associate Professor of Physics and a member of the Center for Quantum Mathematics of Physics (QMAP) at the University of California, Davis. Trnka has made some fundamental contributions to the development of new mathematical methods for scattering amplitudes in perturbative quantum field theory, including the discovery of the Amplituhedron which is a geometric formulation of amplitudes in planar N=4 Super Yang-Mills theory. Recently, he has been working on novel methods for amplitudes in other quantum field theories, including QCD, perturbative gravity or effective field theories. Before joining UC Davis, Trnka was a Prize postdoctoral fellow at the California Institute of Technology. He received his Ph.D. from Princeton University in 2013 and his undergraduate education from the Charles University in Prague, Czech Republic in 2008. In 2018 he received the IUPAP Young Scientist prize in particles and fields.