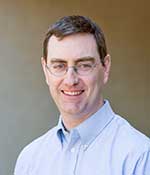 
"For seminal joint research providing key understanding and quantitative verification of global mode stability in experimental high performance tokamak plasmas, based on drift-kinetic MHD theory, and made possible by strong and essential partnership between Europe and the USA."


John W. Berkery, Ph.D., is a research scientist at Columbia University (New York, N.Y.) dedicated to a long-term collaboration with the Department of Energy’s Princeton Plasma Physics Laboratory in New Jersey. Dr. Berkery works on the National Spherical Torus Experiment Upgrade (NSTX-U), and is the leader of the Macroscopic Stability topical science group. Dr. Berkery focuses on reducing disruptions of fusion plasma discharges in tokamaks, including the resistive wall mode, an instability of the plasma that can appear at high pressures. Dr. Berkery received his B.S. in mechanical engineering from Cornell University (Ithaca, N.Y.) in 1999, and his Ph.D. in mechanical and aerospace engineering from Princeton University in 2005. Dr. Berkery is a member of the American Physical Society (APS) and has twice been invited by selective committees to give talks on his research at the APS’s Division of Plasma Physics annual meeting. Dr. Berkery has presented his work at over twenty other conferences, including in Israel, Ireland, Germany, and Taiwan. Dr. Berkery has been the first author on over a dozen scientific papers, including two in Physical Review Letters, and another that was recognized by Physics of Plasmas as one of the most cited articles of 2014.