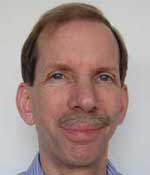 
Dr. John R. Ferron received his B.S. in physics from the University of Wisconsin in 1974. He earned his Ph.D. at the University of California, Los Angeles in 1982 with a thesis based on work in an axisymmetric magnetic mirror configuration. He was a member of the Phaedrus Tandem Mirror research team at the University of Wisconsin until 1988 when he joined the DIII-D tokamak group at General Atomics. At DIII-D, Dr. Ferron's research emphasis has been on high beta tokamak discharges and the effect of current and pressure profile shapes on stability and confinement. His current research focus is the development of steady-state advanced tokamak discharges utilizing off-axis neutral beam and electron cyclotron current drive in plasmas with a large fraction of self-driven bootstrap current. Dr. Ferron is the leader of the group that developed the DIII-D plasma control system, the basis of control systems at several tokamaks around the world. Dr. Ferron is a fellow of the APS.