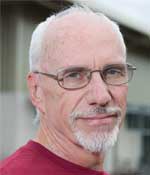 
"For his leadership and outstanding and pioneering contributions to the development, construction and commissioning of the LCLS, the first X-ray FEL to lase at 0.15nm, and his contribution of the Advanced Photon Source and the National Synchrotron Light Source."

Galayda came to SLAC from Argonne National Laboratory where, from 1990-99, he led construction, commissioning and operations of the Advanced Photon Source accelerator systems.

From 1977-90 he worked at Brookhaven National Laboratory, where he participated in the construction and commissioning of the National Synchrotron Light Source. He received a tenure appointment at BNL in 1986.