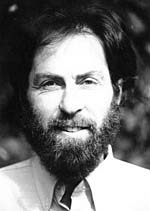 
"For his diverse and incisive efforts utilizing physical reasoning and analytical tools for understanding environmental processes and for his teaching and writing to encourage this approach among students and colleagues."


John Harte is the Class of 1935 Distinguished Professor of Energy and Resources at the University of California, Berkeley. . He received a BA in physics from Harvard University in 1961 and a PhD in theoretical physics from the University of Wisconsin in 1965. . He was an NSF Postdoctoral Fellow at CERN, Geneva, during 1965-66 and a Postdoctoral Fellow at the University of California, Lawrence Berkeley Laboratory, during 1966-68. . During the next 5 years, he was Assistant Professor of Physics at Yale University and has been at Berkeley since 1973. . Harte is a Fellow of the American Physical Society, and in 1990 was awarded a Pew Scholars Prize in Conservation and the Environment. . In 1993 he was awarded a Guggenheim Fellowship and was elected to the California Academy of Sciences. . In 1998 he was appointed a Phi Beta Kappa Distinguished Lecturer and a Distinguished Ecologist Lecturer at Colorado State University. . He has served on six National Academy of Sciences Committees, and is an Associate Editor of Annual review of Energy and the Environment. . He has authored over 150 scientific publications, including six books, on topics including particle physics, causes and consequences of climate change, biodiversity and conservation biology, biogeochemistry, and energy and water resources.