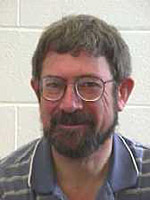 
"For the introduction with David J. Thouless of the theory of topological phase transitions, as well as his subsequent quantitative predictions by means of early and ingenious applications of the renormalization group."


Michael Kosterlitz is a native of Aberdeen, Scotland and received his secondary education at Robert Gordon College and Edinburgh Academy. He was an undergraduate at Gonville and Caius College, Cambridge and received a BA in 1965 and MA in 1966. He received a D. Phil. from Oxford University in 1969 in high energy physics. He did postdoctoral work at Torino University in Italy and went to Birmingham University in 1970 as a Research Fellow in high energy physics. In 1971, he changed fields and collaborated with David Thouless on phase transitions driven by topological defects.

In 1973, he went to Cornell as a postdoc under James Krumhansl, but collaborated with Michael Fisher and his graduate student David Nelson on more conventional phase transitions in magnetic systems, in particular bicritical points in anisotropic antiferromagnets. He returned to Birmingham in 1974 as a lecturer and worked on critical phenomena in two and higher dimensions. In 1982 he became Professor of Physics at Brown University, Providence where his main interests have been growth of surfaces, superconducting arrays and numerical methods for studying phase transitions. Most recently, he has worked on disordered systems such as spin and gauge glasses and also on the growth of eutectics.

He is a Fellow of the American Physical Society and received the Maxwell Medal from the U.K. Institute of Physics.