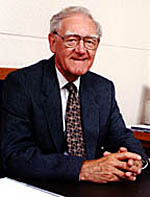 Dr. Taylor introduced an important theorem on the Earth's dynamo and discovered the stable plasma equilibria in "Minimum B" magnetic fields. He initiated the study of chaos in magnetic surfaces, introducing the "Chirikov-Taylor" standard map. He pioneered the study of 2D-plasmas, showing their intrinsic Bohm diffusion and their negative temperature behavior, and played a major part in developing the "ballooning transformation" for toroidal plasmas. However, perhaps his most celebrated contribution is the introduction of plasma relaxation theory, which combines plasma turbulence and magnetic helicity to predict, from first principles, many features of plasma behavior.