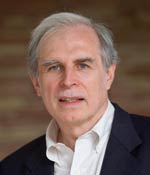 
"For pioneering developments in compact soft x-ray lasers and applications of these lasers in high resolution imaging, plasma diagnostics, interferometry and material studies."


Jorge J. Rocca is a University Distinguished Professor at Colorado State University, where he has been in the faculty since 1983 in the Departments of Electrical and Computer Engineering (ECE) and Physics.  He received a Diploma in Physics from the University of Rosario in Argentina in 1978, and a Ph.D in ECE from Colorado State University in 1983.  Professor Rocca's research work has been in the development and physics of compact soft x-ray lasers and their applications. His group demonstrated the first gain-saturated table-top soft x-ray laser using a discharge plasma as gain medium, and later extended bright high repetition rate table-top lasers down to 10 nm using laser-created plasmas, achieving full phase coherence by injection seeding. He and his collaborators have demonstrated the use of these lasers in nano-scale imaging, dense plasma diagnostics, nano-scale material studies, and photochemistry.  Early in his career he was a National Science Foundation Presidential Young Investigator.  He is a Fellow of the American Physical Society, the Optical Society of America, and the Institute of Electrical and Electronics Engineers. He received a Distinguished Lecturer Award from IEEE in 2008.