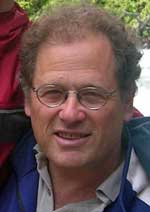 
"For pioneering contributions to the understanding of optical phenomena in complex materials including conducting polymers, semiconductors, and high temperature superconductors."


Joseph Orenstein received his physics education at the Massachusetts Institute of Technology, earning a B.S. in 1974 and Ph. D. in 1980. After spending the 1970s in Cambridge, MA, he moved to New Jersey and worked through the 1980s on the research staff of Bell Laboratories in Murray Hill. He was named a Distinguished Member of the Technical Staff in 1987. In 1990 he was appointed professor at the University of California at Berkeley, where he has served up to the present. Throughout his career Orenstein has used optical methods to explore the properties of exotic excitations in novel materials, beginning with his Ph.D. thesis on dispersive transport of carriers in glassy semiconductors. Since then he has used a wide variety of time-resolved optical techniques to investigate solitons, polarons, and triplet excitons in conducting polymers, d-wave quasiparticles in high-Tc superconductors, and spin polarization waves in semiconductors. Currently his research focuses on electric field control of electron spin in semiconductors and multiferroic materials. Orenstein is a Fellow of the American Physical Society.