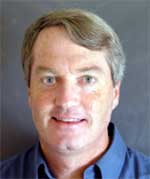 
"For profound developments in Mathematical Physics that have illuminated interconnections and launched major research areas in Quantum Field Theory, String Theory, and Gravity."


Joe Polchinski received his B.S. in Physics from Caltech in 1975, and his Ph.D. in Physics from U.C. Berkeley in 1980. After postdocs at SLAC and Harvard, he joined the faculty at the University of Texas at Austin from 1984 to 1992. Since 1992 he has been a Permanent Member at the Kavli Institute for Theoretical Physics and Professor at the University of California at Santa Barbara.

Polchinskis interests span quantum field theory and string theory. His early work included supersymmetric phenomenology and a modern reformulation of renormalization theory. In string theory, he discovered the existence of a certain form of extended structure, the D-brane, which has been important in the nonperturbative formulation of the theory. His current interests include the phenomenology of cosmic strings and various aspects of the duality between gauge theory and gravity.

Polchinski has also written a widely-used two-volume textbook on string theory. His awards and honors include an A. P. Sloan Fellowship (1985), fellowship in the American Academy of Arts and Sciences (2002) and membership in the National Academy of Sciences (2005).