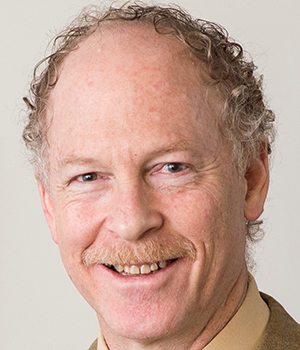 
"for pioneering contributions to the development and application of ultra-fast optical spectroscopy to condensed matter systems, and providing insight into lattice dynamics, structural phase transitions, and the non-equilibrium control of solids."


Keith Nelson received his B.S. in chemistry in 1976 and his Ph.D. in physical chemistry in 1981, both from Stanford University. After a postdoctoral appointment at University of California, Los Angeles, in 1982 he joined the faculty at Massachusetts Institute of Technology where he is now the Haslam and Dewey Professor of Chemistry. He has worked on discovery of new light-matter interactions and their exploitation for spectroscopy and control of coherent acoustic waves, lattice and molecular vibrations, excitons, spins, and their admixtures with light. He has developed novel methods for study of solid-state chemical reactions, crystals near phase transitions, glass-forming liquids, electronic excited-state dynamics, thermal transport, and matter far from equilibrium. He has pioneered tabletop generation of strong terahertz frequency fields and nonlinear terahertz spectroscopy. He has been recognized as a Fellow of the American Association for the Advancement of Science, the Optical Society of America, and the American Physical Society, and is a Member of the American Academy of Arts and Sciences, and has received the Coblentz, Lippincott, Zewail, and Bomem-Michelson Awards.